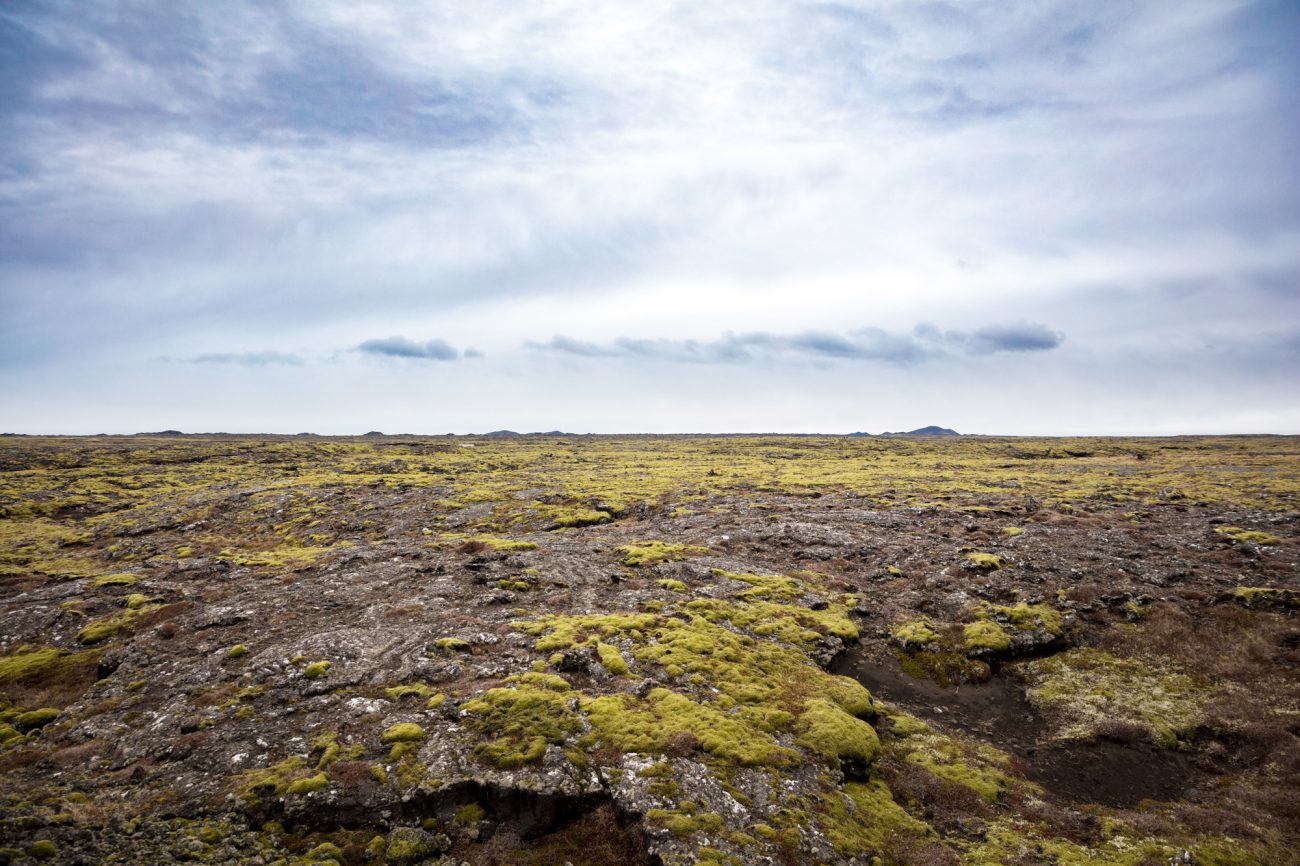 The Reykjanes peninsula is in south-west Iceland and is on the North-American and on the Eurasian tectonic plate. Because these tectonic plates are drifting apart, the peninsula is strongly affected by volcanism. The countryside resembles the landscape on the moon: endless lava rocks, the hills and mountains without vegetation, with gaping craters and the geo-thermal streams cause steaming water to rise up from the ground.

It may seem unlikely at first glance: Reykjanes is a paradise of nature. There is a geopark that belongs to the Unesco Global Geoparks. Volcanism formed the unbelievably varied landscape, which becomes evident when hiking through the geopark. The oldest shield volcanoes are around 9,000 to 10,000 years old. Between 1210 and 1240 lava balls and bed ash formed the landscape further. Today you find countless craters and shield volcanoes of all sorts. There are volcanoes with craters that are washed out by glacial waters, others are filled with water. There is a lava lake and lava mountains, a high temperature region with many Hot Spots, quagmires and solfatara and many lakes and ponds with rich vegetation and many birds.

The most well-known island is Eldey and probably arose during the eruption in 1210. It is flat on top, 77 metres at the highest point and has a size of less than 0.02 square kilometres. Next to the unusual form, the island is known for the many birds that live here. The Northern Gannet has its largest colony in Iceland and probably world-wide there. Over 57,000 pairs of sea birds nest along the steep cliffs of the peninsula, that are up to 15 kilometres long and 40 metres high.

The water in the North Atlantic is especially rich in plankton and has the ideal prerequisites for sea life. Many fish, seals and some small whales can be found frolicking on the coast of Reykjanes. The first settlers already recognized the abundance of the sea life and settled in this area. There are still several fishing villages in the region.

Most tourists start their Icelandic adventure in Reykjanesbær at the international airport Keflavík.
The first impression is often deceptive. Even though the peninsula seems lifeless because of the lava landscape, there is a lot to be experienced.
There are five towns on the peninsula: Reykjanesbær with the international airport Keflavík, Grindavík, in the south of Reykjanes, is known for the Blue Lagoon, Garður and Sandgerði are in the north and have a long tradition in fishing. The biggest agricultural area is in Vogar and the town there is also an old fishing village.

As already mentioned, you can discover the many variations of the landscape while hiking through the geopark. Active tourists can enjoy fishing, golfing, quad excursions and helicopter tours on the peninsula. There are lighthouses, churches and old fishing villages waiting to be discovered. You´ll also find ruins, such as the remains of a little fishing village in the harbour of Sandgerði that was destroyed in the biggest flood in the history of the southern and western coast. Countless little museums about fire brigades, Rock ´n Roll, salted fish, art, culture and seafaring people can be found in the five towns. Near the big Viking museum in Reykjanesbær you´ll also find a little zoo with farm animals found in Iceland. If you like it a bit more mystical, you can search for troll and elf stones or visit an old graveyard with nine graves dating back to the settlement of Iceland.

All five towns have their own swimming pools. The famous Blue Lagoon is in Grindavík and is visited by countless tourists every day.