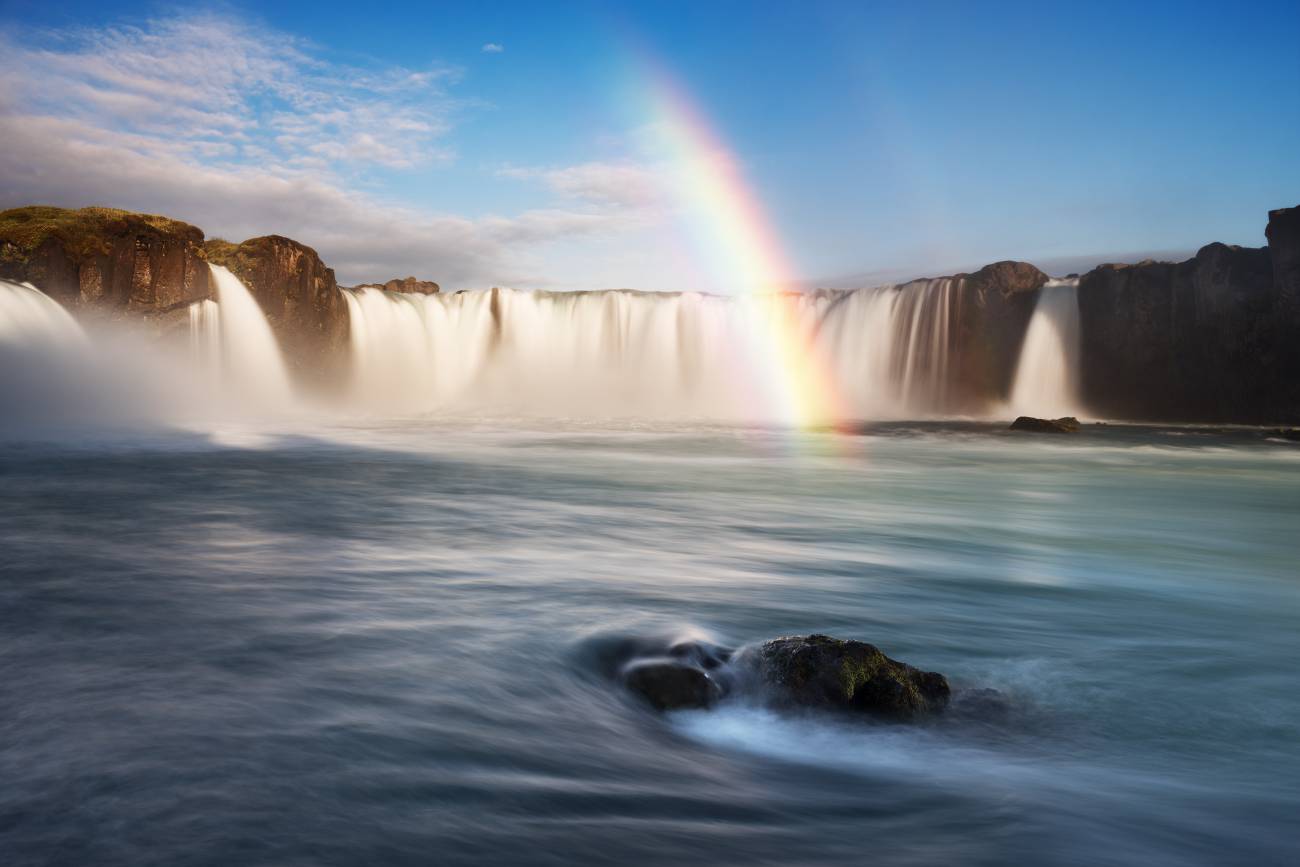 Everything began less than 20 million years ago, when deep in the Atlantic, volcanos erupted and formed the foundation of Iceland. During the Ice Age about 3.1 million years ago, a vast amount of ice covered the island. After the glacial period, these icemasses melted partially and exposed a fraction of the land.

The largest remaining piece of this ice is called Vatnajökull which is the biggest glacier in Europe. Besides Vatnajökull, there are other, smaller glaciers in Iceland.

With a total area of 103,000 square kilometres, Iceland is the biggest and youngest volcanic island in the world.

Highland plateaus, volcanism and plenty of water are predominating the landscape. The plateaus in the centre of the island form a desert which remains practically uninhabited. Volcanic eruptions occur in Iceland approximately every 5 to 10 years and are constantly changing the face of the island. There are rivers, lakes and waterfalls to be found almost everywhere. The most famous waterfall is the Gullfoss and it is the most visited sight in Iceland next to the national park Þingvellir and the gush springs (Geysirs).

The coast line is rugged and there are a number of small islands around the main island. Circelling around Iceland, following the coast line, is the ring road nr. 1, which is approximately 1,400 kilometres long. The locals refer to the ring road as Hringvegur.