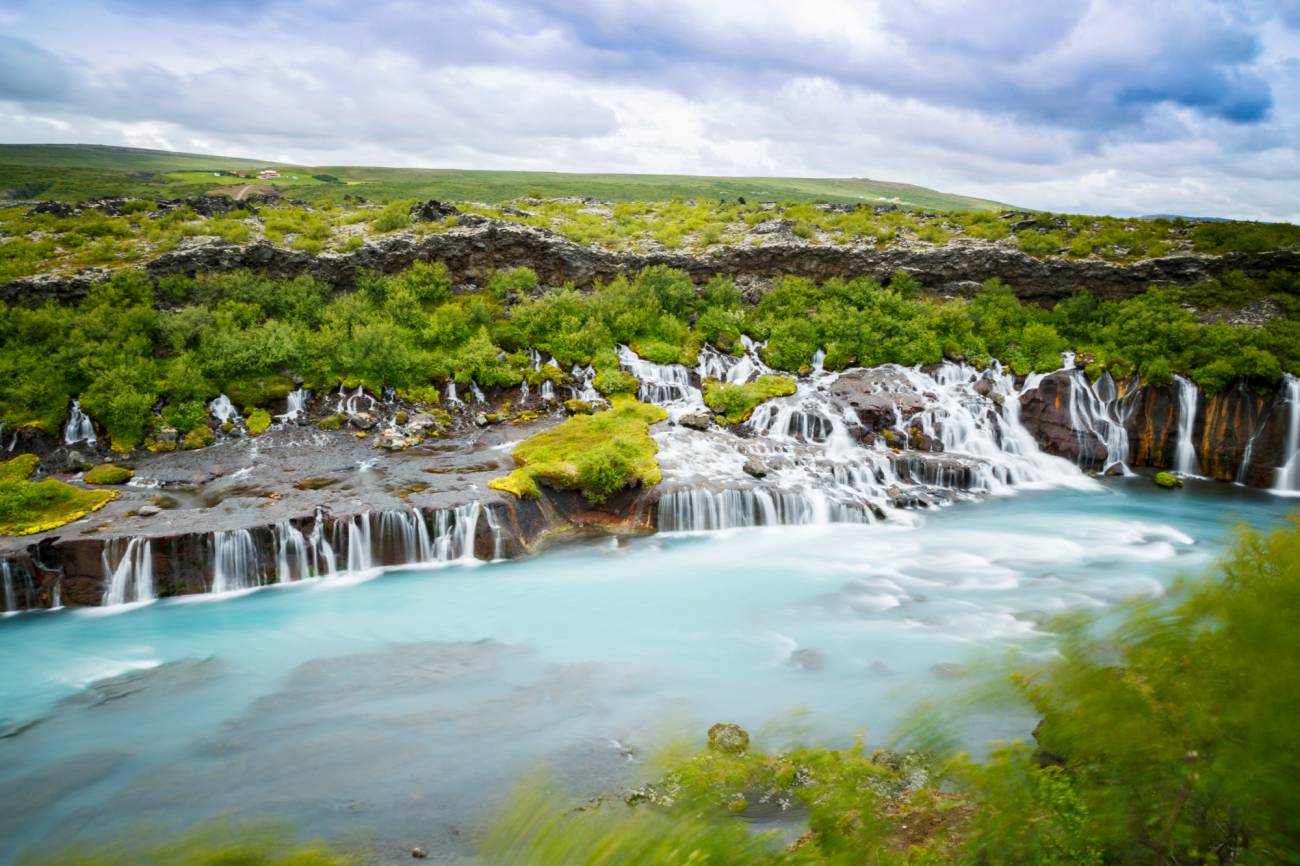 While the landscape covered in lava, tends to be a bit dreary, the rest of Iceland beams in all colours. Uncountable shades of green moss present themselves to enchanted observers. The moss even brings life to the often drab gravel regions.

Various plants transform the land into an unbelievable riot of colours during spring and summer. Fine cotton grass grows in the meadows, lupines magically turn whole areas into soft purple dreams and the combination of sky and sun makes the country-side shine.

Over the centuries this island, that was once only a barren rock, has turned into fertile land. The boulder, washed out and eroded by freezing and melting water, became smaller and smaller. Eventually moss and lichen began to grow. The natural process of plant life slowly built top soil.

Many millions of years after the formation of the island, about 3,000 years ago, around three-quarters of the island was vegetated. Half of this surface was covered by trees. Today, due to various environmental influences, only about one quarter of the land is grown-over and the tree population has reduced to 2 percent of the total area.

This drastic reduction happened mainly because of the Viking culture. They lumbered trees for housing and heating until almost all trees in Iceland had disappeared. Iceland began to plant smaller forests several years ago, but not all efforts were successful. In some places there is simply not enough top soil to allow the trees to grow properly. In the south-east and east you often find “forests” that were planted 20 to 40 years ago and those trees are not even one meter high. These little squares of trees look rather helpless surrounded with fencing. In other parts of the island the reforestation efforts were successful and larger forests were developed.